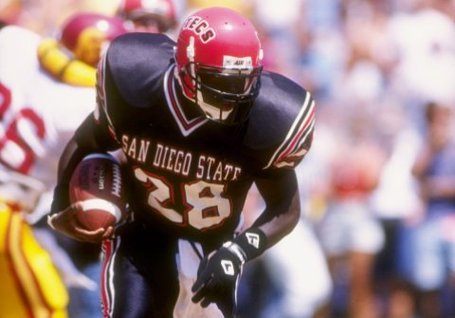 It's now official - Rush Limbaugh has been booted from an investment group trying to buy the St. Louis Rams. Probably a smart move on their part. But today Limbaugh spoke publicly (prior to the fiasco that was Balloon Boy) and blamed everyone from the NFL union leader DeMaurice Smith, Al Sharpton, Jesse Jackson and the media. He's not a happy camper. The only real positive to come out of this is the fact that the same investment group has now approached Rams legend Marshall Faulk. Faulk yeah we say! We'd rather see an ex-NFL stud RB own part of his former team rather than a pill-poppin' radio show host. But that's just us. Who would you want running your team?