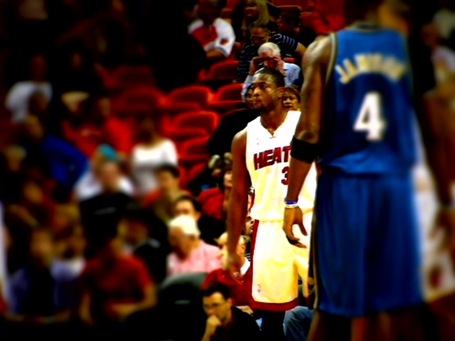 Going to a sports game is great no matter where your seats are, but GREAT seats are definitely something to brag about. Until last week, I had been lucky enough to experience possibly the best seat in the house for 3 of the 4 major sports (we'll still consider hockey a major sport). I've sat in a skybox and on the 50 yard line at a football game, I've had batters box seats at a baseball game, and I had glass seats at a hockey game. But I don't think I ever felt closer to a sport and literally part of the action until I had court side seats for a NBA game.

Over the Thanksgiving holiday, I was lucky enough to score (free of charge, cause seriously, who could afford these seats) court side, black leather seats (you know, the same kind Jack sits in) to a Miami Heat vs. Washington Wizards game. Sure, this wasn't a marquee match up, but it beat going to a Nets home game.

Anyway, my point here is that this is the only sport where the fan is literally inches away from the action and occasionally part of it. I could have easily stretched out my legs and broken the heart of every Wizards fan by tripping Agent 0 (ala Larry David tripping Shaq), but I held back. Pregame warm-ups included Gilbert Arenas laughing it up with one of the refs, while Michael Beasley joked around with a couple of younger fans, tossing a ball back and forth. You can literally hear the ESPN commentators getting ready and see them interacting with the players. As for the game itself, you can feel the vibrations of the court as the players head up court. You can hear players Dwyane Wade call out to Jermaine O'Neal. You can yell Karen when talking smack to Caron Butler. When a ball heads your way, you toss it back. And when you stand up, you're taller than Earl Boykins. You're literally apart of the action...

...and it honestly was one, if not, the best sports game experience of my life. You ARE apart of the action. If I had the cash, I'd buy floor seats (or even lower level seats) to a any NBA game (yes, even the Nets) any day due solely to the fact that I'm literally feet away from the players. But with the current economy as it is, I'm probably more likely to sit at home and watch a game in HD rather than spending my hard earned cash to sit in the 100 level at Yankee Stadium (which can be had for $375 if you're interested). At least in the Bronx you can take a subway right to the gate. If you want to go to a game at the new Cowboys Stadium, it's gonna cost you $75 - and that's just the price of parking.

With prices to attend a sports game rising like crazy, owners and league officials need to figure out a way to make attending a game worth your hard earned cash. You can be damn sure that when Project Franchise runs a team, you'll get your money's worth.

Check out the photos I took for proof of how close I got to the action (and for some serious Wade-love). 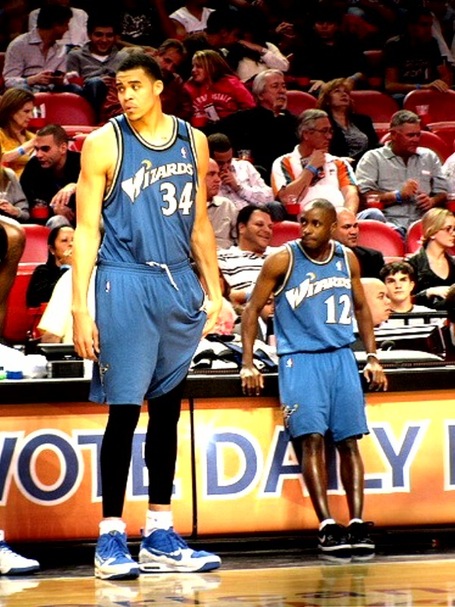 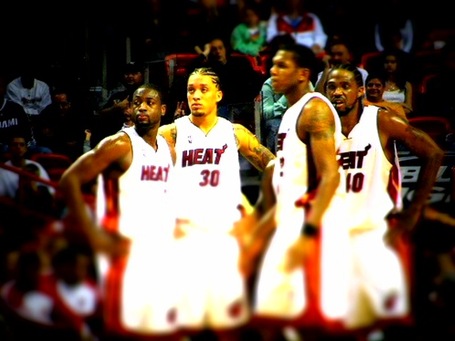 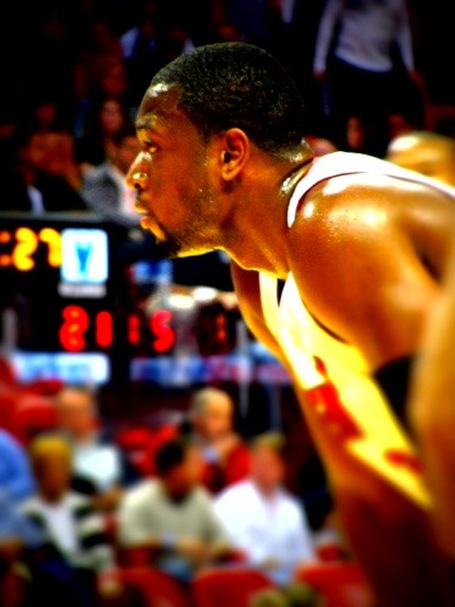