Share All sharing options for: Get Off Our Moneyball's

How The San Francisco Giant’s trophy envy is costing Major League Baseball one of its most storied franchises:

The truth is, you probably haven’t heard this story on Sportcenter or read it in the paper.  The truth is, unless you’re one of the 10,000 or so loyal, rabid, Oakland Athletics fans left on earth you probably don’t care much about this story.  The truth is, you should.  Unless the story involves Dallas Braden’s perfection, or A-Fraud, or both, the Oakland Athletics don’t make much news anymore.  We’ll never be the Yanks or the Sox in terms of viewership and unless one of our young pitchers records 27 straight outs we’re not going to lead off Sportscenter very often.  That’s OK we don’t need the nation’s attention….until now.  There’s something going on in the bay area and it stinks to holy hell.

A little back story.  The year was 1990, the A’s had just finished putting such a hurting on their cross bay rivals that it literally caused the earth to shake.  The Giants were playing in a dump and fans had to brave the whipping wind, and seagull droppings of Candlestick Park in order to enjoy their team.  The A’s were owned by Wally Haas (an all around nice guy and fantastic team owner).  The Giants and A’s shared the territorial rights to the south bay area (San Jose included).  The Giants wanted out of their dump and were willing to explore the South Bay as a possible landing spot.  After being approached by Giants executive Corey Bush, Wally decided to give his half of the territorial rights to the Giants so they could pursue a park in the South Bay.  No compensation was requested, or given, just two gentlemen allowing each other to do business.  The Giants went as far as getting referendum on the ballot hoping for voter support for a new park in Santa Clara.  They failed, ended up building a beautiful park in San Francisco which has managed to lure every fair-weather fan within 100 miles into it’s gimmicky confines night in and night out.  Happy ending for the Giants fans thanks to good ol Wally Hass.

Back to present day.  The A’s are in almost exactly the same situation the Giants found themselves in back in 1990 (sans the humiliating defeat at the hands of our geographical rivals).  Our stadium is a dump, we’re not drawing fans, and if half the seats weren’t tarped off we’d probably be getting bombed on by the sea gulls as well.  The economy’s certainly not helping, neither is the fact that casual fans would rather sit in San Francisco munch garlic fries and pretend they didn’t own several Rickey Henderson jersey’s at one point.  The A’s need a stadium and again the South Bay seems like an attractive landing spot.  No problem right?  Just dial up the Giants brass and ask them to return the favor of Wally Haas and grant us our rights back.  Wrong.

You see the Giants ownership group is a different breed.  Dominating ticket sales, merchandise sales, local radio, local television is not enough.  The Giants management has a dirty little secret they don’t want anyone to know.  Deep down in their souls they know they would trade all those splash hits for just one shiny ring.  Of course the Giants can’t just ask for one of the A’s four championships in any exchange of territorial rights, because you know those are things you have to earn.  Not like Russ Ortiz "earned" the game ball in game 6 of the last Giants World Series, but like Dave Stewart did by fanning 14 said Giants in the 1989 Series.

The Giants don’t have a real claim to the South Bay, sure they purchased a minor league affiliate there as soon as word got out the A’s were exploring a move there, but that hasn’t stopped the City from expressing real interest in being home to the Athletics.  The A’s have appealed to the commissioner asking him to help them gain the rights they graciously gave to the Giants back in order to become a feasible franchise again but for some reason ol’ Buddy seems scared to do so.  Maybe that’s because the current Giant’s president Bill Neukom is a former Microsoft attorney who has threatened litigation if the A’s pursue San Jose.  I have a feeling that if the San Francisco Giants had something other than dust in their trophy case this wouldn’t be such a big deal.  This ladies and gentlemen is what Freud would call "trophy envy". 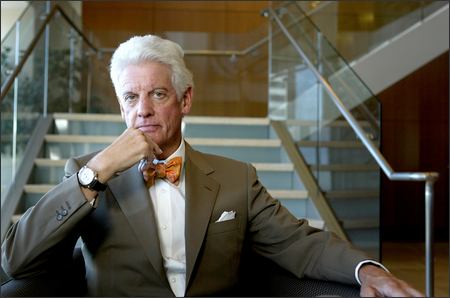 We’re a scrappy bunch of characters on the East Side of the Bay.  We brought baseball personalities like Vida Blue, Rollie Fingers, Reggie Jackson The Eck, and Rickey.  On some days we provide perfection like Catfish Hunter and Dallas Braden.  We handle our business like men, just ask John Lackey or A-Fraud (stick it) for that matter.  We’re not asking for hand outs, just for what’s fair.  Our cross bay rivals however are not interested in what’s fair, just what’s profitable.  It’s more than that though.  It reeks of fear.  What keeps the Giants up at night is the thought of the A’s someday waking up with a payroll to play with.  What should keep the Giants up at night is Brian Sabean being a signer on their checking account.

It’s not our fault Renteria, Zito and Rowand account for almost 50% of your payroll.  It’s not our fault the superstar you hitched your horse too was a surly prick of a human being.  It’s not our fault Bengie Molina can’t score from third on a double.  It’s not our fault you called up The Phenom (Lincecum) one week early making him a "super 2" and in essence costing yourself $9 million for one start his rookie year.  None of this is our fault, but if you continue to cock block our last hope for revival our plight will be your fault, and so will the Major Leagues losing one of it’s most storied franchises.