Share All sharing options for: Warriors Go Digital for Fans to Find Logo

In an attempt to spice up their image the perennially sucky Golden State Warriors had planned to put out a new logo for the 2010-11 season, but a copy was leaked early and the team that plays in Oracle Arena decided to try to go all Web 2.0 by running basically an online scavenger hunt of clues for their fans to try to piece together the new design. 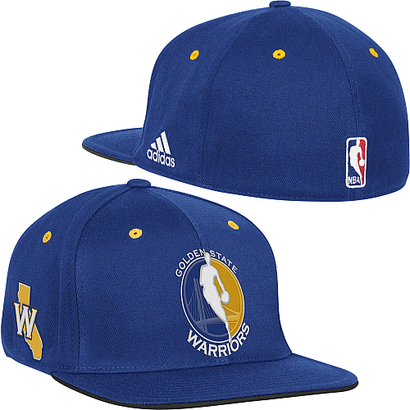 It's a decent attempt at a PR save in what has otherwise been a crappy situation for the team - sort of like when the supposed-to-be lead track of a new Wayne album just becomes a hot mix-tape. But for us and our fans, we're not quite sure its enough.

While it's nice that they figured out a way to harness the World Wide Internet to let their die-hard fans feel like they got a special, exclusive sneak peak, it seems like that same technology could be used to actually get fan input on the logo that they will be spending million to wear emblazoned on t-shirts, hoodies, hats and even unnecessary wristbands. The design is actually pretty decent and is reflective of the old "The City" throwback that's been quite popular in recent years - just tuned forward to reflect the new Bay Bridge that is in the process of being erected (TWSS) between Oakland & SF.

When Project Franchise get's a team, one of the first things we are going to do is let our fans submit their own ideas for our team's name, mascot and logo - then turn it over to a full vote of the fan community to determine the winning design.